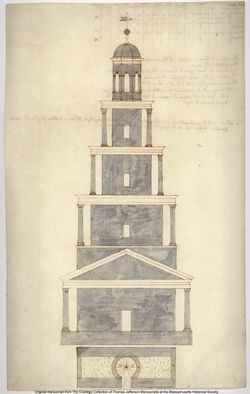 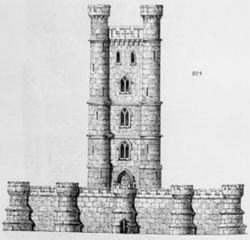 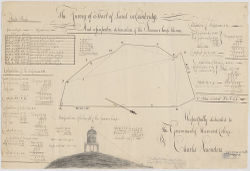 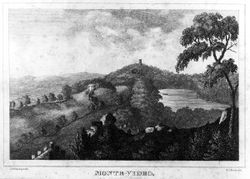 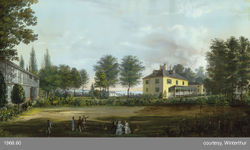 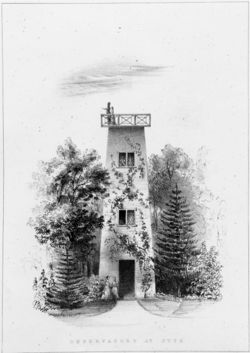 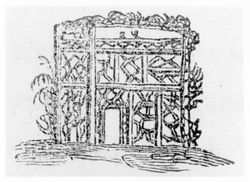 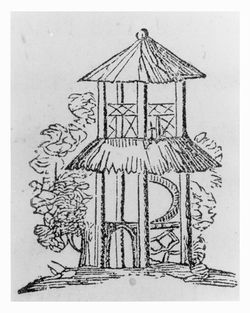 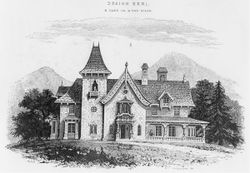 “In the second story plan. . . we find four bedrooms of good size, with two small ones, one of them used as a dressing-room. There is also a bath-room, with space for a water-closet at the end of the entry. At a, a narrow flight of stairs ascends to the apartment, 9 by 9 feet, in the top of the tower—which may be a museum or a prospect gallery. . .
“A smaller and lighter flight of stairs ascends in the tower, from the chamber floor to the top, where there is an apartment, 10 feet square, which may be the private sanctum of the master of the house, or a general belvedere or ‘look-out’ for visitors, as the taste of the proprietor may lead him to appropriate it.” [Fig. 12]
“This latter apartment, a charming prospect gallery or belvedere in a country of varied scenery, would be a very agreeable feature.”

Retrieved from "https://heald.nga.gov/mediawiki/index.php?title=Belvedere/Prospect_tower/Observatory&oldid=39668"
Categories:
A Project of the Center for Advanced Study in the Visual Arts
National Gallery of Art, Washington