William Bull II (1710-1791) was a prominent planter and politician in Charleston, South Carolina, as well as an amateur botanist. He laid out formal gardens at his family's plantation, Ashley Hall. 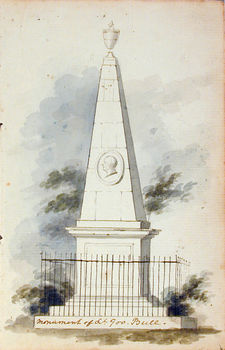 Category:
This page was last edited on September 8, 2021, at 20:01.
Content is available under Creative Commons Attribution-NonCommercial-ShareAlike unless otherwise noted.
Terms of Use
Privacy Policy
A Project of the Center for Advanced Study in the Visual Arts
National Gallery of Art, Washington