HEALD has several components accessed through the top menu bar: Project Introduction; Digital Approach; the three categories of Keywords, Places, and People under Browse, along with Finding Aid; Image Collection; and Bibliography (the latter of which is located under the “About” tab). Within each Keyword, Place, or People page, the user can further access images and primary and secondary references.

In addition, from the home page, it is possible to access three introductory essays (2010): The first essay, by Therese O’Malley, focuses on the history of places and design features and concepts, relating changing practices to the broader social and cultural currents of American landscape and garden history. Elizabeth Kryder-Reid, in the second essay, explores the textual sources for landscape history, examining both the history of the sources and the theoretical aspects of issues to be addressed when using documentary evidence for garden history. The third essay, by Anne L. Helmreich and Therese O’Malley, discusses the visual representation of the American landscape, including both the theoretical challenges of interpreting visual evidence and the history of landscape images in America. 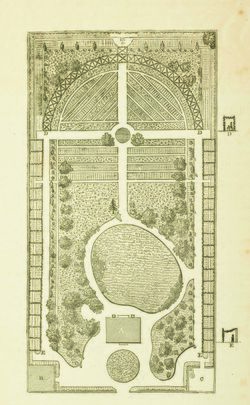 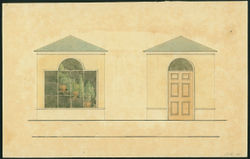 Information about an image relationship to the category of inscribed, associated, or attributed is also available on the image file page and exportable as an RDF format.

An Overview section at the top of each of the People and Places pages is exportable as an RDF format.

Finding Aid: This general search option assists in both browsing by categories of form and function and also locating a term for which the reader has an illustration but no name. In the case of the latter, the entries for “plant-keeping structure” or “water feature” direct the reader to specific types of garden structures such as orangery, hothouse, and conservatory, or to types of water features such as basin, canal, fountain, and pond.

Image Collection: This section is made possible by the implementation of the Semantic Web (see Semantic HEALD), and constitutes a direct point of access to visual content. Images appear in a grid with no text. By hovering over an image, a small caption appears. Users can refine the image search and/or selection by operating the filters at the top of the page and choosing between dates (by using the timeline slider), keywords, people, and places. Icons on the top right corner of each image indicate whether the image has an association with a person or a place with a dedicated page. All the images have an association with at least one keyword.

Bibliography: The extensive bibliography comprises all published and manuscript sources used in this project. It was built with Zotero, a free, open-source reference software that can manage bibliographic data and related research materials. In many cases it links to digitized editions of the primary sources. Furthermore, the user can add the source to one’s own personal Zotero library.

This page was last edited on August 11, 2021, at 14:43.
Content is available under Creative Commons Attribution-NonCommercial-ShareAlike unless otherwise noted.
Terms of Use
Privacy Policy
A Project of the Center for Advanced Study in the Visual Arts
National Gallery of Art, Washington