William Hamilton (whose estate, The Woodlands, overlooked Gray’s Garden from the opposite side of the river) urged his private secretary to search local plant dealers for specimens of Arabian Jasmine, African Heath, and double myrtles “as good as Gray’s.” In 1792 he complained of his secretary’s failure to “properly secure von Rohrs agave at Gray's,” as he “wish'd to prevent its getting into other hands.” For the same reason, Hamilton was eager to obtain the Grays’ specimens of Arbutus and Rose apple, “which however are priced so high that I do not imagine they will find a ready sale before my return.” [1]

“a little further on, you come to a charming spring, some part of the ground is hollowed out where Mr Hamilton is going to form a grotto, he has already collected some shells.”

“[The walks were] planted on each side with the most beautiful & curious flowers & shrubs. They are in some parts enclosed with the Lombardy poplar except here & there openings are left to give you a view of some fine trees or beautiful prospect beyond, & in others, shaded by arbours of the wild grape, or clumps of large trees under which are placed seats where you may rest yourself & enjoy the cool air.” 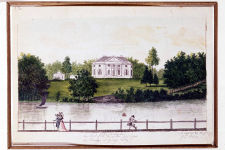 Fig. 5, James Peller Malcolm, The Woodlands From the Bridge at Gray's Ferry, in Beth C. Wees and Medill H. Harvey, Early American Silver in the Metropolitan Museum of Art (2013), p. 259.

"In my Hurry at the time of coming off from Home I omitted to put in the ground the exotic Bulbous roots & as I gave no direction to Hilton respecting them they may suffer more especially as they were all taken out of the pots & left dry on the Back flue of the Hot House." [Fig. 5]

"In case you go to Brannan's I beg you to look particularly at his largest Gardenias & Arbutus so as to give an account of the size as well as the prices of them. I mentioned to you the Teucrium or Germander & I now recollect his having what he called a china rose. I have moreover a shrewd suspicion that Gray's single Arabian Jasmine came from Brannans although Brannan may not know it by that name. You will therefore find out what Jasmines he has & their prices & see whether he has any aloes, Geraniums, myrtles &c which I have not. Possibly he may have another plant of the African Heath which Gray got from him & other large d'ble myrtles as good as Gray's. You will also make the same enquiries of Spurry….
"Brannan had a trefoil which he called a cinquefoil. I know not whether it has yet travelled to Grays. I take it to be the moon-trefoil? a very pretty shrub."

“You pass the Schuylkill at Gray’s-Ferry, the road to which runs below Woodlands, the seat of Mr. William Hamilton: it stands high, and is seen upon an eminence from the opposite side of the river.” [Fig. 9]

"We then took a turn in the gardens and the green-houses. In the gardens, though ornamented with almost all the flowers and vegetables the earth affords, I was not able to walk long. The green-houses, which occupy a prodigious space of ground, I can not pretend to describe. Every part was crowded with trees and plants from the hot climates, and such as I had never seen, all the spices, the tea-plant in full perfection; in short, he assured us there was not a rare plant in Europe, Asia, or Africa, many from China and the islands in the South Seas, none, of which he had obtained any account, which he had not procured." 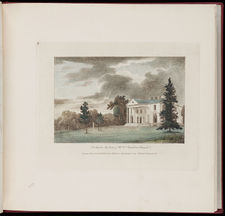 "[There is] a Spacious Conservatory [located] about 200 years [sic] to the west of the Mansion.

"The Conservatory consists of a green house, & 2 hot houses—one being at each end of it. The green house may be about 50 feet long. The front only is glazed. Scaffolds are erected one higher than another, on which the plants in pots or tubs are planted so that it represents a declivity of a mountain. at each end are Step-ladders, for the purposes of going on each Stage to water the plants—& to a walk at the back-wall. on the floor a walk of 5 or 6 feet extends along the glazed wall. & at each end a door opens into an Hot house— so that a long walk extends in one line along the Stove walls to the houses & the glazed wall of the green house.

"The Hot houses, they may extend in front I suppose 40 feet each. they have a wall heated by flues—& 3 glazed walls & a glazed roof each. in the centre, a frame of wood is raised about 2 1/2 feet high, & occupying the whole area except leaving a passage along by the walls. in the flue wall or adjoining, is a cistern for tropic aquatic plants. within the frame, is composed a hot bed; into which the pots & tubs with plants are plunged. This Conservatory is said to be equal to any in Europe. It contains between 7 & 8000 plants. To this the Professor of botany is permitted to resort, with his Pupils occasionally. As the position of many plants require external exposure in the Summer Season that also is contrived with much ingenuity & beauty. there are 2 large oval grass plats in front of the Conservatory—& 2 behind. holes are nicely made in these, to receive pots & tubs with their plants, even to their rims. the tallest are placed in the centre, & decreasing to the verge. thus they represent a miniature hill clothed with choice vegetation." [Fig. 9]

“The Approach, its road, woods, lawn & clumps, are laid out with much taste & ingenuity. Also the location of the Stables: with a Yard between the house, stables, lawns of approach or park, & the pleasure ground or garden. The Fences seperating [sic] the Park-lawn from the Garden on one hand, & the office yard on the other, are 4 ft. 6 high. The park lawn is not in good order for lack of being fed upon. . . . Its fences where it is not visible from the house, is of common posts & rails. . . .

“The former are made with posts & lathes—the latter with posts, rails & boards. They are concealed with evergreens hedge—of juniper I think.” 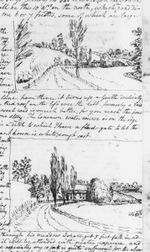 “Altho’ much has been done to beautify this delightful seat, much still remains to be done, for the perfecting it in all the capabilities which nature in her boundless profusion has bestowed.”

Category:
This page was last edited on August 30, 2021, at 20:48.
Content is available under Creative Commons Attribution-NonCommercial-ShareAlike unless otherwise noted.
Terms of Use
Privacy Policy
A Project of the Center for Advanced Study in the Visual Arts
National Gallery of Art, Washington