Montgomery Place was established as a nursery and farm following the American Revolution. Between 1828 its owners transformed it into a pleasure garden, tracking the emergence of a new aesthetic understanding of the American landscape. The estate served as an exemplar for theorists and landscape architects, who cited Montgomery Place in their works to illustrate key terms and design principles, and praised its successful adaptation of European picturesque design principles for American landscapes. 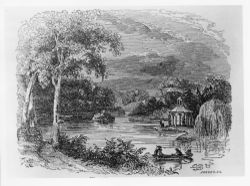 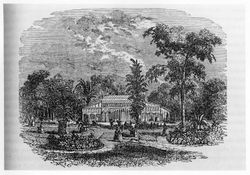