Anthony St. John Baker (1785-May 16, 1854), was the English diplomat who carried the Treaty of Ghent to the United States at the close of the War of 1812. During his years of official service in Europe and America, Baker recorded his impressions in written accounts as well as watercolor sketches, several representing gardens and landscaped grounds, which he ultimately published as the autobiographical Mémoires d’un voyageur qui se repose (Memoirs of a Traveler Now in Retirement) in 1850. 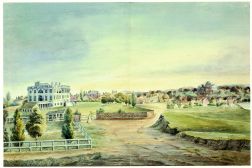 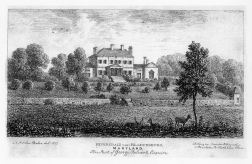 Category:
This page was last edited on September 8, 2021, at 19:59.
Content is available under Creative Commons Attribution-NonCommercial-ShareAlike unless otherwise noted.
Terms of Use
Privacy Policy
A Project of the Center for Advanced Study in the Visual Arts
National Gallery of Art, Washington